Driverless Branch Offices, or How I Learned to Stop Worrying and Rethink My Car 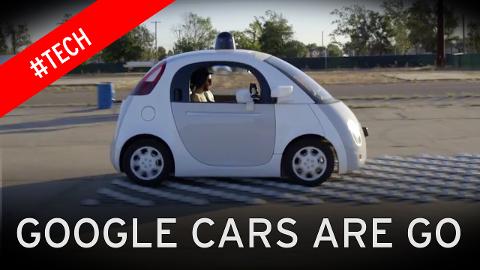 Cars have been around for over 100 years and there have been some big improvements—safety at faster speeds and more efficient fuel consumption for example—but a few items have always been the same:

That is, until Silicon Valley got a hold of the car. Tesla released the Model S sedan in 2012 and consolidated all of the filters, plugs, & fluids down to a clean and efficient electric engine. They then allowed for users to centrally download performance improvements directly to their car. Now many of you have probably seen Google’s driverless cars, removing the one constant in every car ever—the driver. Within three years, a whole century of automobile mechanics had been rethought.

Though remote office/branch office (ROBO) IT hasn’t exactly been around for 100 years, it has been around for a while without big changes. Just like a car, the ROBO needs:

Just like with Tesla and Google, another Silicon Valley company (ok, San Francisco) decided that it did not have to be this way. In the same way that these companies rethought the car, Riverbed is rethinking your branch IT. Our SteelFusion solution gives you a driverless ROBO that consolidates servers, storages, WAN optimization, and backup down to a single unit that is managed remotely from your datacenter. But we don’t really call it driverless ROBO, we call it Zero Branch IT.

SteelFusion’s simplicity, convergence, and centralization combine the best of the Google’s driverless cars with Tesla’s central software updates and new engine. The solution delivers unmatched central consolidation to the datacenter for IT and its data with instant provisioning, patching, protection and recovery of your applications.

And while you legally cannot buy a driverless car, SteelFusion is legal and available for your ROBO today.