It’s getting harder and harder to trust that private and/or personal information that is meant to be kept private is going to be kept private. Like many of you, I have received a few vague notifications about the possibility that that personal data was accessed from university or credit card records. I always winced and hoped for the best. 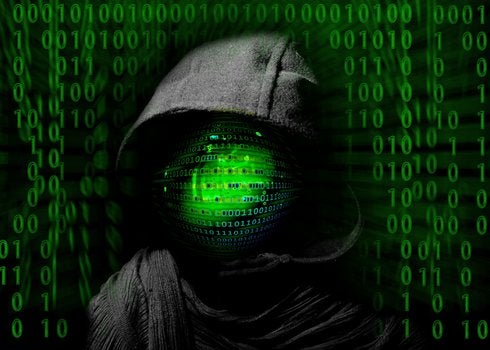 My first gut-punching loss of personal information came when I was pickpocketed during a crowded protest in Syntagma Square in Athens. My passport, my driver’s license, my credit cards and a good chunk of cash were in the wallet that they stole. Credit cards can be cancelled (and we did that quickly), and cash is transient whether we have it or not, but they had my address and my passport. They had my identity, and it was my fault for not being diligent in that crowd. It was Sunday, so the U.S. Embassy was closed, but I got there Monday (my first visit to an embassy) and got it sorted out so that I could board a plane for Paris the next day as planned. I froze my credit as a result of that incident, and now I’m really glad that I did.

This week I heard something that I still have a hard time believing: my W-2, along with those of every other U.S. employee of a former employer of mine, was stolen. Not that it might have been stolen; that it was stolen. An identity thief made off with thousands of employees’ and former employees’ personal information in the form of W-2’s. They have our names, our addresses, our Social Security numbers, and even know how much money each of us made that year (a minor detail in the great scheme of things).

I spent the better part of a day this week doing damage control—I only hope that I blocked all of the paths (one thing I learned is that there are several agencies that won’t take action unless and until the information is used, so you have to wait for the bullet to hit, so to speak). I’m angry, and more than a little bit concerned, to say the least.

Things happen, and criminals get smarter. Even with good preparation: secure systems, well-trained employees, diligent management, careful data protection and disposal. Security can’t be taken lightly, and it can’t be neglected once it proves ‘good enough’.

As I write this blog, this promo for an article in SC Magazine, “Industry Buzz” (March 10, 2016) popped into my mailbox: ‘Protecting company-confidential and personally identifiable data is Infosec 101, but can you protect something if you don’t know where it is?’

I can’t lead-in to the solution any better than that. SteelFusion brings so many data protection advantages: it facilitates centralized storage of company data from a company’s various locations and branches (so you know where ‘it’ is), which enables controlled physical protection and IT pros’ attention to keeping data intact. Of course, end-to-end encryption makes that IT job easier, too. Encryption in transit and at rest mean that unauthorized access nets nothing usable. This is why major healthcare providers and government agencies are choosing SteelFusion as the solution that will help them to centralize all of that mission critical data and infrastructure previously sitting out there vulnerable to theft and tampering. It’s a no-brainer.

Performance matters, too, on a day-to-day basis, and the good news is that there’s no need to sacrifice performance for security. SteelFusion helps you deliver the applications and data needed by remote workers without the risk of leaving data vulnerable uncontrolled environments. When you control and secure data centrally with SteelFusion, you reduce risk to your business operations, slash branch IT costs and drive greater utilization of data center investments.

Check it out—do something. Don’t let your business-critical and employee-critical data be an easy target. For more information, click here, or move even faster to secure your data by contacting a Riverbed Partner.  Whatever you do, don’t just wait and hope, putting yourself in the position to have to do damage control. Be a hero by keeping it from happening to your company and, by extension, your friends and colleagues.

No Responses to “Data Security Gets Personal”