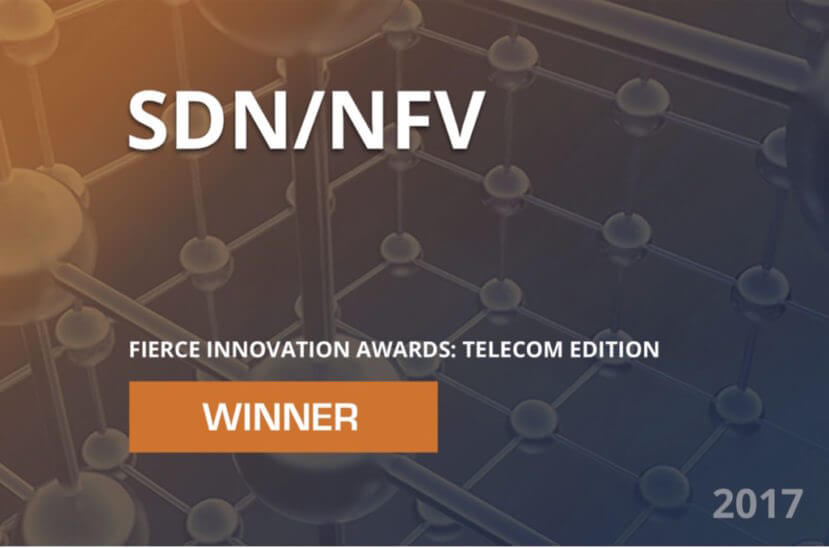 Riverbed is closing on 2017 with its usual flair. This time, Riverbed has been named the 2017 Fierce Telecom Innovation Award Winner for software-defined networking/network virtualization function (SDN/NFV).  Riverbed was selected as a winner for its innovative, industry leading, software-defined WAN (SD-WAN) and cloud networking product, SteelConnect. Panelists from major telecommunications companies including Sprint, Verizon Wireless and Telia Carrier AB evaluated participants based on effectiveness, ease of use / ROI, true innovation and end-user impact.

With its focus on simplicity, power and agility in the cloud era, Riverbed is a leader in SD-WAN, NFV, hybrid networking, SaaS, IaaS, mobile, and infrastructure visibility and security.

SteelConnect is the first and only software-defined WAN solution to unify network connectivity and orchestration of WAN, LAN/WLAN and cloud, including one-click connectivity and WAN optimization into AWS and Microsoft Azure clouds. SteelConnect enables zero-touch provisioning, allowing an enterprise to set-up a global network and connect to the cloud in minutes, and easy ongoing network management that provides the ability to make network or business/application policy changes with a few clicks of a mouse.

A centralized, intuitive and intelligent management console, SteelConnect Manager, can be used to display network health, deploy appliances and services, and make changes to policy. Secure connectivity is automatically established with appliances, policy is updated, and, based on real-time network health, business-critical applications always receive right-of-way.

And Riverbed is delivering this solution to help enterprises and service providers transition from legacy hardware to a new software-defined and Cloud-centric approach to networking. Riverbed’s integrated platform delivers the agility, visibility, and performance businesses need to be successful in a cloud and digital world. By leveraging Riverbed, organizations can deliver apps, data, and services from any public, private, or hybrid cloud across any network to any end-point.

Riverbed’s software-defined WAN/NFV vision for service providers is to bring its application-centric approach to managing service lifecycle in both traditional and fully virtualized environments. Riverbed is revolutionizing service creation, delivery and maintenance during runtime, while evolving service provider infrastructure to NFV/software-defined networking (SDN) in incremental steps and ensuring that the services are delivered to end customers as intended.

In March 2017, Riverbed announced that service provider Orange Business Services is leveraging SteelConnect to deliver a fully managed SD-WAN service to their customers. Riverbed collaborates with industry leading global service providers like Orange to offer hybrid networking solutions that combine the best of MPLS and SD-WAN. Riverbed believes that hybrid VPN is the future of networking as nothing beats a combination of the:

We are also enabling service providers with the Riverbed Service Delivery Platform (SDP). The platform is designed to let service providers transform their existing NFV investments into a cloud-like network-as-a-service model by abstracting the complexity associated with NFV and focusing on services instead. By introducing new tools and DevOps methodology, it  re-invents service lifecycle management. The platform also augments service providers’ current NFV stack with a set of carrier-grade service management tools and accelerates the development, on boarding and deployment of cloud services and expansion into new services such as edge compute or IoT.

With the Service Delivery Platform, service providers will be able to rapidly introduce new services, ensure those services are delivered as intended, give their customers the ability to scale services up and down on demand, while expanding into new cloud service areas.

In 2017, Riverbed SteelConnect has received two additional awards: Internet Telephony SD-WAN Excellence Award and Best in Show Award, Grand Prize in the SDI/NFV category at Interop Tokyo 2017, as well as the 2017 Fierce Telecom Innovation Award for SDN/NVF, demonstrating its industry leadership and strong momentum in the software-defined, NFV and cloud networking arenas with enterprise customers and service providers alike.

No doubt, there’s a plethora of information on the web about SD-WAN, short for Software-Defined Wide Area Network. It’s the next big thing in networking...
Read More