Star Wars, Network Security and the Force of SD-WAN 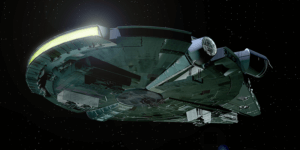 “This is not going to go the way you think.”  — Luke Skywalker

Like me, you’ve probably seen Star Wars: The Last Jedi a few times already. And, like me, you probably enjoyed it more than you expected. (For me it may have been partially due to the full-reclining seats, buttered popcorn, and 3-D glasses, but I digress).

The Last Jedi got me thinking about SD-WAN security and how the First Order broke through the Resistance’s “firewall” and installed a tracking device on General Leia Organa’s craft. How Rose and Finn neglected to treat DJ, the codebreaker enlisted by Rose and Finn, as a potential insider threat. And how the Resistance’s security posture was not nearly strong enough to withstand the First Order.

The Resistance is not alone in preventing and mitigating the impact of security threats. With cyberattacks on the rise, successful breaches per company each year has risen more than 27 percent, from an average of 102 to 130, according to a recent Ponemon Institute/Accenture study. These breaches cost companies an average of $11.7 million USD annually.

Here at Riverbed, we’ve led the charge around a better way to manage and secure the network. IT teams are embracing Software-Defined WAN (also known as SD-WAN or SDN) for its ability to centrally configure and manage hybrid WANs, cloud connectivity, and branch office networks. Many of our customers are also adopting SD-WAN because it provides greater security than traditional device-centric MPLS networks.

I’ve highlighted the top 7 ways that Software-Defined WAN technology can make your network more secure than traditional MPLS networks. Starting from the top: 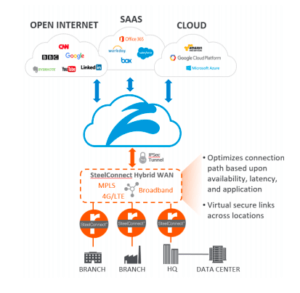 Riverbed SteelConnect connects to Zscaler with an IPSec VPN

For many of us, direct Internet connections can raise security concerns. Cloud-based security solutions, like Zscaler, can minimize security threats associated with direct Internet access. In this scenario, your SD-WAN is service chained to the cloud security gateway, which inspects all traffic inline, including SSL. You can provide advanced threat prevention, data protection, access controls, and compliance reporting – all while maintaining performance and an improved user experience.

SD-WAN and the last, Last Jedi

On a final note, the Resistance lacked the visibility to recognize that its security had been breached. To that end, I’ll make an analogy to network visibility. Network visibility is essential for quickly identify breaches and rolling out fixes. When network visibility is woven into a management dashboard that includes end-user experience and device, application, and infrastructure monitoring, it becomes a more powerful force (pun intended). Seeking more insight on how to improve your SD-WAN Jedi skills? Check out the white paper, Solving Cloud and Branch Office Security Challenges with SD-WAN.

Accelerate your digital transformation by streamlining networking and cloud security for remote business locations Ask any enterprise IT professional today about the changes in the...
Read More

Transforming Networking and Security for the Cloud-First, Digital Era

If your business is like most others, you will soon be embarking upon some type of digital transformation strategy. In fact, 67% of enterprises are...
Read More

1 Response to “Star Wars, Network Security and the Force of SD-WAN”