I wouldn’t say that Super Mobility Week hosted in Las Vegas last week stole the thunder from Mobile World Congress but I applaud the consolidation of 4G World and CTIA Wireless events in one venue.

There was a lot of talk about the connected car, connected home and monetization of mobile video, but what struck me the most this year was the broader trend of Telco getting at least some of the agility that the IT world takes for granted. I’m talking about trends such as Network Function Virtualization (NFV) in pursuit of efficiency and scalability, as well as convergence of IT and Telco APIs to build more sophisticated end-user applications.

Telcos are software developers at heart but until recently Telco software (SW) has been tightly bundled with underlying hardware (HW). Even if Nokia decoupled HW and SW in 2009 with the introduction of the commercial off-the-shelf ATCA platform, mobile network operators still preferred to buy the whole SW/HW package from a single vendor. The main benefit of the coupled SW/HW approach was usually realized during troubleshooting situations. If the infrastructure was not working as expected, it was relatively easy to identify the vendor of the network element at fault. With NFV you need new tools – such as Riverbed SteelCentral – to monitor performance of your virtualized infrastructure.

As demands on the mobile network capacity keep growing, Telcos pursue new ways of architecting their networks not only for more capacity, but also better scalability and efficiency. Bandwidth consumption is insatiable: for example, mobile video traffic will increase 14-fold between 2013 and 2018. By virtualizing network functions, Telcos can dynamically allocate more capacity to their content distribution networks just before, say, Netflix issues the next release of the utterly popular House of Cards. By proactively preparing the network for a brief but severe traffic spike, Telcos can greatly improve user experience and protect their infrastructure from saturation.

The maturing cloud computing market is pushing Telcos to virtualize too. As enterprise customers have adopted cloud they expect the same level of agility from their carriers. If you’d like to review the key concepts of NFV, check out my recent presenttaion SDN & NFV: Friends or Enemies?

Never get another set-top-box

Separating SW from HW improves efficiency and lowers cost of operating mobile networks, but it has an even more important impact in the consumer and enterprise customer domain. Today consumers receive a set-to-box from their service provider that translates TV signals into content displayed on the television screen. Similarly, enterprise customers rely on hardware appliances to connect their branch offices to corporate networks and provide functions like firewalls or WAN acceleration. When a consumer wants to start watching HD movies and TV, he needs to get a new set top box. When an enterprise wants to upgrade data speeds at remote offices from 10mbps to 100mbps, its service provider has to dispatch a technician to the site to install and a new router and configure value added services.

What if the complexity of a set-top-box and CPE router could be moved to the Telco cloud, while the devices themselves could be replaced with very simple hardware that requires close to zero maintenance? 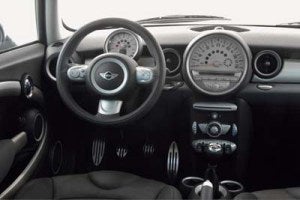 The shift from complex hardware to the mix of extremely simplified hardware powered by complex software has already taken places in several consumer products. As Jeff Lawson pointed out in his keynote, in the past if you wanted to have maps integrated in your car dashboard, you needed to buy a new car. 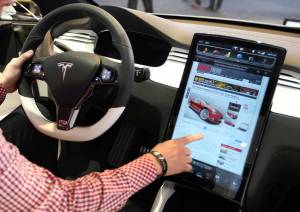 Today, if you own a Tesla, the classic dashboard with cabin controls, navigation and communication is replaced by a 17” touchscreen that gets automatically updated over the air with no need to stop by a dealership!

As nice and retro as a Mini Cooper dashboard looks compared to the sleek Tesla LCD, it starts to feel like a good, old 50+ button remote control compared to an Apple TV remote. 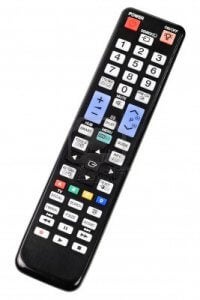 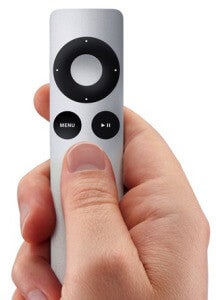 According to speakers from Alcatel-Lucent, Ericsson and Nokia during the panel sessions I attended, all of the tier 1 service providers are currently exploring NFV and a few expect first commercial deployments by end of the year.

The worlds of traditional Telco and agile IT are meeting half way to build a foundation for context based apps that make users more productive. A great example of such a Telco/IT mash-up app is Uber. First, it determines user location by GPS and automatically updates a map of available cabs that roam nearby. Once the user decides to order a ride, the app notifies the drivers. The location and phone number of the driver who accepts the ride are then delivered to the passenger via text message. Both the driver and the passenger are kept updated in real time via SMS, should either of them change their mind and cancel the trip. They can also call or text each other to agree on the exact pick up location.

The Uber app is powered by the Twilio platform. The company has signed agreements with carriers in different countries to expose their SMS capabilities in the API. One could argue that push notifications available in the iOS and Android SDK could be used instead of SMS but the good old SMS will reach recipient’s phone even if the network coverage is poor. Uber is a great example of how combing the best of IT and Telco worlds results in fantastic user experience.

All and all, Super Mobility Week 2014 has several good take aways when it comes to the future of Telcos, IT and Silcon Valley innovation. The three are coming together to make mobiltiy even more of a reality.