An amazing 92% of organizations are running services in the public cloud.1 This growth is expected to continue at an impressive rate and by 2020, enterprises plan to run as much as 83% of their workloads in the cloud.2

Currently, AWS offers the largest global footprint in the public cloud market. No other cloud provider offers as many regions with multiple Availability Zones. Among enterprises, AWS has an impressive 68% share of adoption.3

Users expect their applications to be lightning fast and always available, regardless of the level of complexity and where they reside. 80% of IT say business users expect cloud environments to perform the same or better than on-premises environments, even though IT has less control over these environments.3

Unfortunately, IT frequently falls short of these expectations. They are often unable to detect 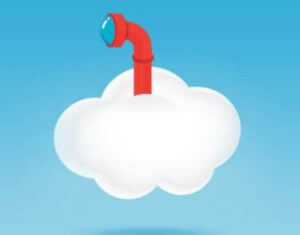 problems in cloud environments before they impact users due to the distributed, transitory nature of cloud ecosystems and the lack of cloud visibility. In fact, there’s a 60% chance that end users will notice issues before IT in the cloud while there’s only a 38% chance on-premises.4

Organizations across the board report that managing cloud service providers is harder than managing on-prem. This is, in part, tied to a lack of visibility into the physical cloud infrastructure and difficulty pinpointing where the problem lies.

That’s about to change…

At re:Inforce in Boston today, AWS is introducing Amazon VPC traffic mirroring, allowing customers to gain native insight and access to the network traffic across their VPC infrastructure for performance and threat monitoring. With this feature, customers can copy network traffic at any Elastic Network Interface (ENI) in their VPC, and send it to SteelCentral AppResponse Cloud for network and application analysis in order to monitor and troubleshoot performance issues.

Traffic mirroring provides a native AWS solution that simplifies operations by allowing customers to natively mirror their VPC traffic, without using packet-forwarding agents. Today, customers have to install and manage third-party agents on EC2 instances to capture and mirror VPC traffic. This poses scaling challenges and increases operational burden. It also improves security by providing packet capture at the Elastic Network Interface level rather than from the user space within the instance, which cannot be trusted if the instance is already compromised.

Amazon introduces new VPC traffic mirroring, providing customers with native insight and access to the network traffic across their VPC infrastructure for performance and threat monitoring.

I used to have a Saab that was the bane of my existence. Each morning, I would walk out to my car, put my key...
Read More

Network Visibility in and for the Cloud

Using one seamless visibility solution across your data center, the Internet, and cloud providers, helps you understand the impact performance issues have on your business.