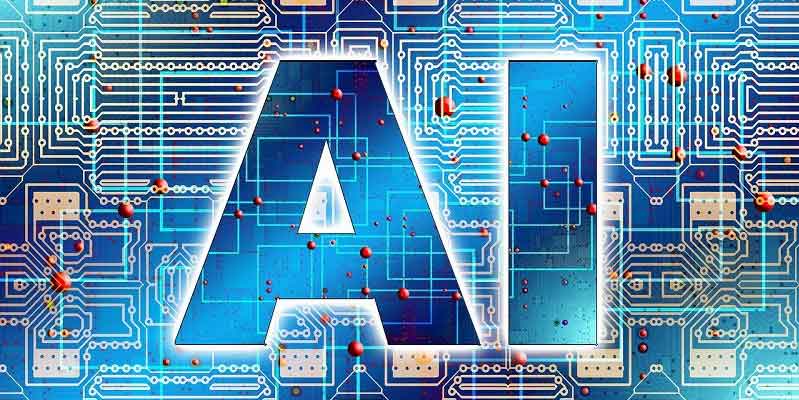 Riverbed uses AI and ML technologies that can help solve sets of problems that are non-intuitive to humans and impossible for traditional iterative programs.

Almost 60 years ago the term artificial intelligence (AI) was coined by John McCarthy at a workshop at Dartmouth College and it spurred a flurry of scientific work on imitating the behavior of the human brain in computer software. The excitement was high, because it seems so logical: capture the magic sauce of human cognition and problem solving in computer program and all that a human can do, now the computer can do. And faster. Without the need to write specific computer programs for each problem we are trying to solve, the computer will simply “learn,” and mimic the human’s problem solving capabilities.

But then we entered the dark ages of machine learning (ML). Decades went by without any meaningful progress to speak of. Although new algorithms and technology improved the field incrementally, expert systems and artificial neural networks failed to capture the power of the human brain, and the promise of machine learning started to fade. Until the cloud era arrived.

Training of AI technology has always been known to work best when a LOT of data is available. And processing large amounts of data requires processing power and memory—the cloud was the key technology to unlock new and meaningful progress in machine learning. The cloud has given us access to massive data stores to store more data than we know what to do with. It has also given us the ability to rapidly spin up massively parallel processing power, and shut it back down when we’re done with it—only paying for what we used. The cloud has unlocked the power of AI.

What is important to understand is that AI and ML are technologies that can help solve sets of problems that traditional iterative computer programs have struggled with. And although they are by no means a panacea, they can be very powerful problem solvers for specific kinds of problems. Much like linked lists, binary trees, and hashtables—each is good at solving a particular set of problems, but becomes inefficient for others.

To give an example of my point, I will share some experiences from my daily life at Riverbed:

While training a neural network on the data in our AppResponse appliances we found many interesting correlations and patterns. However, one that stood out very sharply was the strong relationship between TCP dropped packets, and TCP retransmitted packets… very helpful (and obvious) discovery. Similarly with our AppInternals product the AI observed that the fastest performing URL was the 404. These examples uniquely signify that these technologies are no universal cure. What is “interesting” and “non-obvious” to a human is hard to encode in the training, and as software writers we must ever be vigilant that the solutions we put out in the field are both robust and valuable.

The second example was both unexpected and on the other end of the spectrum in terms of value. Our SaaS Accelerator product sees hundreds of thousands of connections per hour inbound to the cloud. To give each user the best possible experience we use a complex ruleset to determine how to optimize the traffic, and where to route it to. As an experiment we wanted to see if a trained AI could help us make even better decisions, especially since the cloud is not “static.” Using an on-line learning process we allow the AI to continually adjust the choices it is making, which lets it adapt to changing load conditions in the O365 cloud and others. It did better than our rulesets, but in some non-obvious ways: for instance, the AI recognized CPU load conditions and latencies in the cloud, and it discovered that sometimes it is faster to simply pass traffic to a quiet endpoint than to optimize to an overloaded one, thus ultimately resulting in a faster user experience.

Like many companies Riverbed is moving to the cloud, and this is exciting to me because it will unlock even more potential for our data analytics technologies. The power of “many” will unlock insights for all: predicting performance degradation, processing power for when it is needed, optimizing the O365 optimization, all based on real patterns—all of it will be unlocked in the months and years to come.  Stay tuned, we are an a very powerful journey! 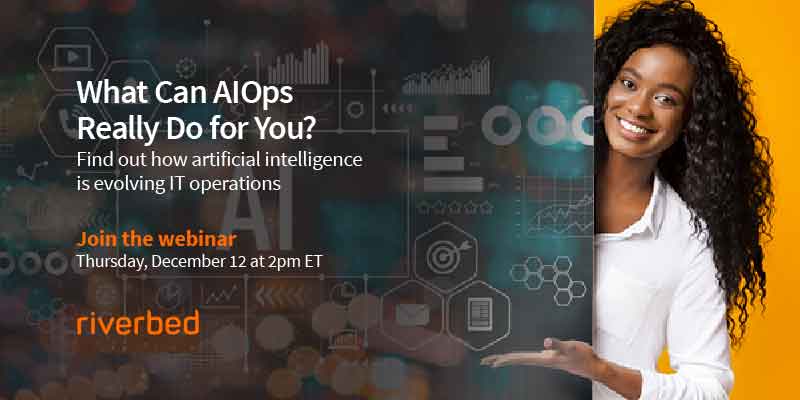 If you are interested in learning more about artificial intelligence and machine learning, join me and Dr. George Cybenko, Dartmouth College, Gramm Professor of Engineering, on our December 12th webinar on “What Can AIOps Really Do For You?”

AI & Data Analytics | Finding the Needle in the Haystack

From chess playing robots to robot assassins from the future, the potential of artificial intelligence (AI) has been thrilling our imaginations for a few decades...
Read More

What Can AIOps Really Do for You?

How recent advances in machine learning are shaping the future of IT.

No Responses to “AI and ML in Digital Experience Management”